From day one of recreational legalization in Colorado, and later in other legal states, local governments stressed the importance of keeping their weed where it is at. Traveling across state lines was — and still is — illegal at federal and state level. Transporting cannabis is an area every toker needs to be educated about.

But what about traveling within those same recreationally legal states? Nothing legal comes without its share of restrictions and limits, and transporting cannabis around legal states is no exception. Don’t get caught breaking one of these pot provisions. Instead, let us promulgate your state’s cannabis legislation for travel within state lines, one by one.

Remember, it is still illegal to drive under the influence of cannabis. Don’t smoke and drive, you are putting yourself and others at risk. Transporting cannabis incorrectly can land you with a fine too, so do your research and be responsible. 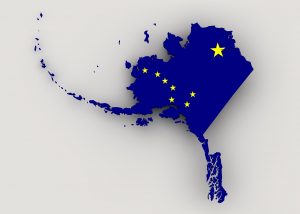 Currently in Alaska, adults 21+ are allowed to possess up to an ounce of marijuana. This amount will increase in November 2016 after recreational dispensaries will be allowed to sell up to an ounce at a time to any individual patron.

All travel types are tricky in The Last Frontier, and no defined regulations govern travelling ‘North to the Future’. With extreme variations in size of populated and unpopulated areas in Alaska, enforcing any travel law proves as difficult as surviving an Alaskan winter.

READ  How to Smoke Without a Lighter

In the meantime, don’t give the AK law enforcement any reason to believe you are driving high, and keep the weed tucked out of arm’s reach, in the trunk.

As the first state in the United States to legalize marijuana for recreational use, Colorado set a precedent. A precedent that includes taking tokes from place to place within the state.

The rallying cry for Colorado cannabis legalization was to ‘treat marijuana like alcohol’. The Colorado Legislature listened, and included a provision into Senate Bill 283 to require marijuana containers be kept in a place ‘not normal to habitation’. AKA not in the front seat(s).

The Beaver State is still dammed up with cannabis legislation, so taking tokes throughout the state does not have strictly defined restrictions. Many believe it will follow in the footsteps of its recreationally legal sister states, but the jury is still out.

Oregon definitively is an open container state, so keeping the stash in the trunk is still the safest solution.

Getting as high as the Space Needle (or Mt. Rainier, if you like) is now easier than ever after Washington state legalized marijuana in November 2012. Getting to the Space Needle to achieve such a high has recently experienced its own set of restrictions, however, thanks to legislation that took effect last September.

Washington state legislators altered the ‘open container’ law — which restricts alcohol and now cannabis to a sealed container in the trunk — to include a provision for marijuana. While carrying up to an ounce is legal for anyone 21+, it must be sealed and in the trunk or violators will be subject to an additional ~$200 fine. The provision was immediately lambasted by many Washingtonians.