Since the dab trend, the preferred choice of dab nails are ceramic, titanium, or fused clear quartz. Black Sheep’s release of color quartz has sparked 3 common misconceptions due to its comparison to colored glass tubing/rods which contain heavy metals that can off gas harmful toxins when torched.

The clear quartz nails used in dabbing is actually “fused quartz”. It differs from regular quartz, which is more similar to mineral rock, like iron ore. Fused Quartz is ultra-pure because it is only made up of one molecule: Silica Dioxide. Silica Dioxide is crystal-clear fused quartz.

Fused Quartz is made with quartz mineral rocks crushed up into sand and melted at over 2300C/4172F. At this extreme temperature, any contaminants will be vaporized, thus purifying the quartz, leaving behind only Silica Dioxide.

Color Quartz consists of 99.98% Silica Dioxide combined with their proprietary blend of naturally occurring (non-toxic) minerals which gives it its unique color. Aka it’s a ‘trade secret.’
EX: Glass Alchemy has Serum, Sparkle Pants Ranch has Lunar Rays, Northstar Glassworks has Lucy and now Black Sheep has Color Quartz. All have proprietary or ‘trade’ secrets.

READ  Where Will Cannabis Be Legalized Next?

The process to create Color Quartz starts off very similar to clear quartz. Quartz mineral rock sand is melted with naturally occurring minerals @ 2300C/4172F then pulled into tubing while cooling down to 1900C/3452F. Once the tubing has been pulled, it is allowed to slowly cool down to room temperature. The Color Quartz tubes are then given to quartz blowers who heat the tube @ 1900C/3452F to make bangers and other dab nails. The final step is to fire-polish the piece @1600C/2912F which removes all the rough edges, leaving a glossy finish.

There are two common tests to distinguish between glass and quartz.

Yes, it is safe to use and will not off gas when you dab. Black Sheep sent their Color Quartz tubing to be tested by SGS, a global safety-standard testing organization. Multiple known toxin and harmful chemicals potentially found in consumer products were tested. SGS has confirmed the results of the test (exhibit A), showing that all toxins and chemicals are ND=not detected.

In order for it not to be safe, some unknown toxin would have to survive a bath of 2300C/4172F and be fused inside the quartz material. Next, it would have to pass undetected by SGS, the global industry standard of health and safety whose sole purpose is to detect harmful toxins in consumer products all across the globe. Finally, the material in question would have to be released by any household torch that has the power to heat it up past 1600C/2912F.

If your’e inhaling anything between 1800 Fahrenheit to 3000 Fahrenheit and potentially wrecking your lungs, then off gassing would be the least of your problems. 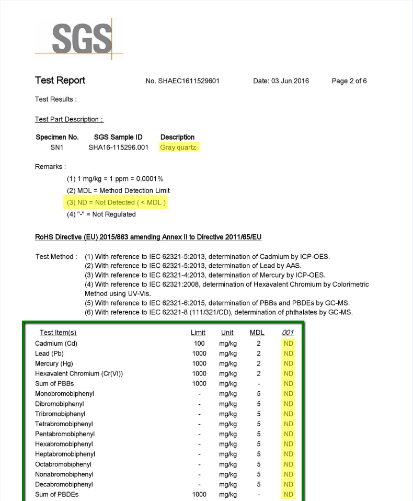 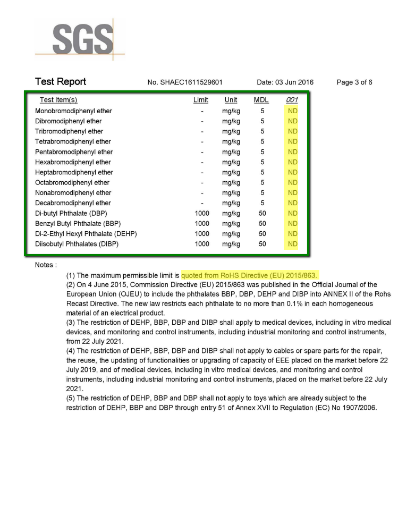 3. Can the same colors in glass be made in quartz?

For borosilicate glass, also known as Pyrex, making new colors requires adding certain raw materials that are melted together with silica sand to create colored rods or tubes. Another way is to take two existing colors such as Slyme and Purple Rain and melt those two colors together to create a completely new custom color. This allows for color options for glass to be potentially limitless.

Quartz, on the other hand, due to its high melting point can only be combined with a small number of non-toxic elements that can withstand the extreme temperature to be safe for dabbing. Once a mineral has been identified, it must go through extensive testing to find the proper fusing temperature to insure a stable molecular structure. This complicated and challenging task of trial and error is very expensive and time consuming. Thus, innovating new colors of quartz will take time and market interest.

SGS test results confirmed that Black Sheep’s Color Quartz will not off gas because it contains NO known harmful contaminants found in its raw form. Color Quartz is as safe to dab from as clear quartz, and we are looking forward to seeing more color designs in the future.