Post-Apocalyptic Weed: Why Cannabis will Survive the Apocalypse

If you’ve been playing Fallout 4 like so many other people this holiday season, you might be wondering where the weed is at. Despite this gloomy, weed-free projection of life post-nuclear war, the Svalbard Global Seed Vault has over 20,000 marijuana seeds if such an occasion arises in real life. This means that no matter how grim it’s looking in the event of an apocalypse, we’ve got it covered – thank you, science! One of many separate seed vaults, the Global Seed Vault is one of the most famous. It is also reported to have the largest number of marijuana seeds.

The Svalbard Global Seed Bank has received funding from many generous realists that accept an apocalypse as a possibility in the next thousand years or so – from Bill Gates to multiple international governments. It isn’t even the largest seed vault in the world. That particular credit goes to the Millennium Seed Bank partnership located in West Sussex, U.K., which has over 1 billion different plant species banked. It appears that the Millennium Seed Bank also has cannabis sativa plants. It is uncertain, however, whether they are the same varietals as the Svalbard Seed Vault. There are several other major seed vaults in Russia, India, the United States, Lebanon and Australia.

This information prompted widespread discussion on reddit, particularly in r/trees, a community dedicated to marijuana use. Concerns were expressed about everything from the choice of plants (cannabis sativa) to the location (Norway). Despite concerns about indica or other plants not being included, based upon the widely accepted taxonomical names, there is no reason to believe that there is a lack of THC in the cannabis seeds included. There are 17 separate varieties that are being stored there, suggesting a wide number of possibilities.

The facilities in Svalbard have the capacity to last for thousands of years, keeping the seeds inside viable for the entirety of that period. When operating as designed, the facility will not only be used in the event of an apocalypse or widespread global ecological collapse, but also in such instances where any particular gene lab in the world requires the genetic data stored in the vault. In addition, the facility acts almost like a bank deposit box program – different organizations own the contents of the boxes that they have shipped to Svalbard, while the program itself does not have full access to the containers.

There might not be a mod for spawning cannabis plants in real life, but rest assured that you can stop preparing for an apocalypse by trying to freeze seeds in your own freezer. The process utilized at the scientific level ensures that the seeds will outlast those that you’ve stored in your freezer. Great effort, though!

What’s your protocol for avoiding dankruptcy post-apocalypse? Would you wait for cannabis to make its way to you, or would you take matters into your own hands?

How to Use Reclaim: Creative Concoctions 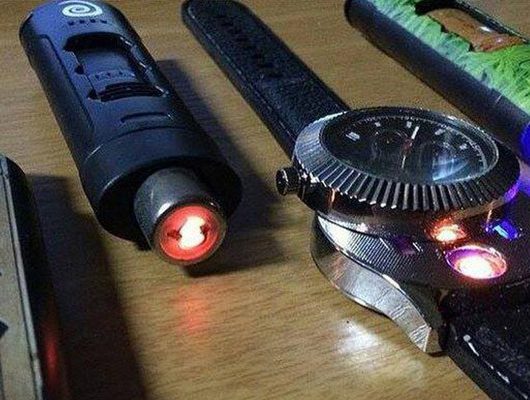 The Volcano Vaporizer – The Best Vaporizer on the Market

How Far Should Led Grow Lights Be From Plants?