While trying to figure out how to make cannabis tea, I thought about going straight to Google and searching “how to make cannabis tea”. Then I realized that was no fun at all, so I decided to jump straight in and improvise. The following is an account of my own weed tea mini-Odyssey, which took the best part of a Sunday afternoon.

First off I ground up as much bud as I would usually put in a joint, steeped it in hot water for five minutes and drained the resulting infusion into a cup. Same process as normal tea, minus the tea bag. I took a sip, and to my delight found it tasted very similar to green tea, plus a gentle weedy undertone that was actually rather pleasant. I took my time drinking it, savoring the familiar-yet-slightly-different flavor, relaxing into the experience.

While I certainly felt chilled out, I didn’t exactly feel that high. I waited and waited for the high to fully kick in – just like with edibles – but alas it never came. Clearly I’d gone wrong somewhere (didn’t steep it long enough? didn’t use enough weed?) so I decided to cheat and take a peek at Google, and found that THC isn’t soluble in water, but in fat – explaining a great deal.

Now, where I live everyone drinks chai tea, i.e. infused in milk, instead of water. So I proceeded to brew up some canna-chai by heating some full-fat milk on the burner, adding ground cannabis (same amount as a one-person joint, like the first attempt) and waiting a few minutes for it to steep. I also added some normal tea leaves for flavor.

Drinking it wasn’t as relaxing as the green-tea attempt, but I definitely felt a high after about thirty minutes – slightly quicker than edibles, but still not as strong, and definitely not as clear or immediate as a high from smoking, but pleasant and mellow nonetheless. It was around this time, in my gently climbing mind-state, that it dawned on me that I was essentially drinking bhang, a type of Indian cannabis tea that’s been around for millennia. I then decided to look up a bhang recipe to get the proper scoop on the cannabis-tea situation, and found that yes, they used a similar technique as brewing chai, but with one critical extra ingredient: butter (of all things!) as the fat substrate to hold the THC.

At first I balked at the idea of putting butter in tea, but after a bit of thought it didn’t seem that mad: after all, butter comes from milk, and we put milk in tea all the time. Thus began the final leg of my cannabis tea journey.

How to Make Cannabutter

1. Put a cupful of milk on a low burner, add a decent knob of butter (about a tablespoon).

2. Wait until the butter is melted and then add the ground bud (same as a joint’s worth) and some tea leaves to taste (entirely optional but recommended).

3. Let it steep for five or so minutes. Drain the whole lot into a cup.

4. Add some honey or sugar to taste. It makes it far more palatable: without a bit of sweetness it tastes a rather fatty, but with it you can hardly taste the butter.

The resulting concoction actually tastes incredibly pleasant, and the high kicks in just over half an hour later. I could absolutely imagine people buying it in coffee shops, since it’s rather similar to a latte or chai, but far more relaxing – perhaps one day, eh?

One thing I would like to say is that the green tea variety – the first attempt that didn’t really get me high – is a fantastic tea in its own right. It’s certainly very easy to brew, and makes you feel more relaxed than normal green tea. Next time I’m going to try it with added jasmine, and maybe a small joint to go with it too. ?? 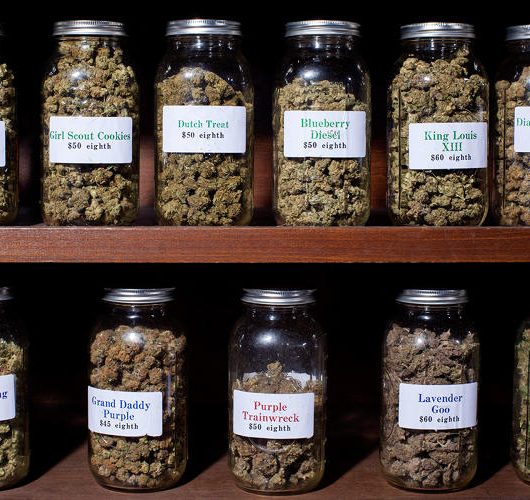