Friday is an appallingly long time away, so we’re pretty sympathetic to the woes of one redditor who realized that he was dankrupt until then. With the same urgency applies while searching for wi-fi, he set about finding solutions for his dankruptcy.

Pipe, catcher, and the proverbial barrel already scraped, he was struck by inspiration: why not boil his metal grinder to clean it, and try to make cannabis tea from the remnants? Walking that fraught line between madness and genius, he set off to google his idea.

Our hero quickly discovered that THC isn’t water soluble, however, so the water plan was more or less busted. He needed something with fat, to allow the THC molecules to bond to it — and it’d help if that something that was delicious, too.

Using whole milk and a little bit of butter, he took apart his grinder and simmered it in a pot for ten minutes before carefully removing it. Encouragingly, the grinder was spotless, and the liquid itself had turned green — not an appealing or particularly tasty look, but a definite marker of success.

Having already come so far, he was not to be defeated by this hurdle, and added some hot chocolate to the mix to make the drink more palatable and inadvertently creating Hot Cannabis Cocoa. Forty five minutes after drinking this genius concoction, he reported being in a pretty good place.

Naturally, the idea caught on. A more recent attempt from a different user produced some seasonal genius: Pumpkin Spice Cannabis Latte! Move over cannabis tea, because we’ve just found a new favorite for the fall. 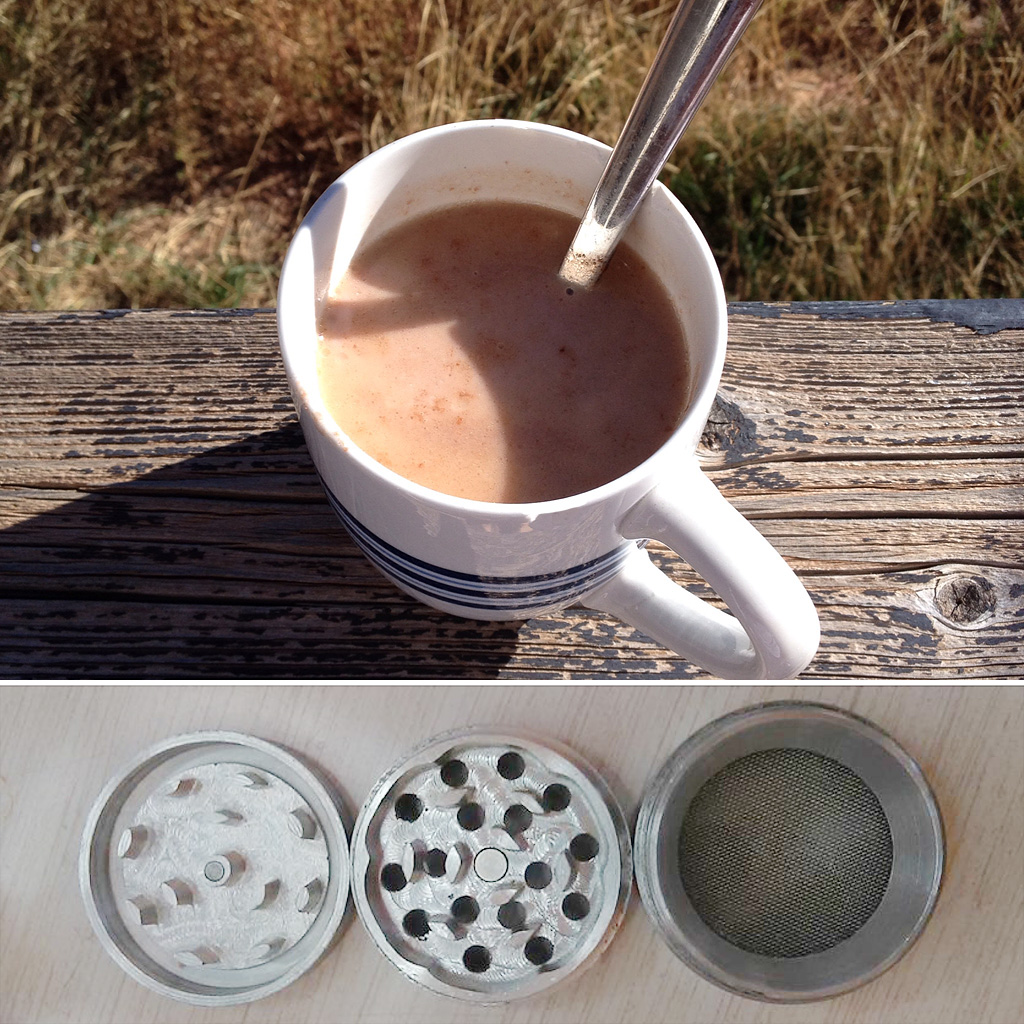 Of course, this isn’t a brilliant solution for those who use wooden grinders. And if your grinder is aluminum, take care that you’re not pouring dangerous metal shavings into your drink! If things look a bit sketchy, it might just be best to re-frame your dankruptcy as an involuntary tolerance break.