Negative stereotypes surrounding cannabis are still popping up throughout the media and society and many people choose to just shrug it off. Recently, however, two reporters left their jobs – one of them quitting on air – because they believed in the same cause: cannabis as an accepted recreational substance. Whether they did it for viral momentum or because the moral dissonance in the media was burning in their heads, it’s hard to say. We do know for sure, though, that it says a lot about the injustice and prejudice towards cannabis users.

I’m glad these former reporters have taken a stand because the media is typically more concerned about a headline with shock value than overcoming cannabis stereotypes and stigma.

We see these negative stereotypes everywhere.

I was in 7/11 yesterday. I was getting money out of the ATM because I was planning on grabbing some potent cannabis later on. While I was there, a customer complained that the government might be tracking him by scanning his ID in order to get cigarettes. The cashier joked that everyone says that, and the customer replies, “What, like they come in all high and say that stuff?” as he is walking away.

Right before he leaves, the cashier says, “No. I mean, it’s not all just people who are high. It’s just anybody, you know?”

I realized that it was likely that the cashier smoked for enjoyment or medicinal reasons. He probably didn’t appreciate the notion that you have to smoke and be high to be paranoid and delusional; as if to imply that anyone who smokes becomes delusional.

READ  6 Strains To Avoid When Camping

I didn’t feel too shy to ask him:

“You wanted to correct him, right?”

He chuckles, he is shy though.

I affirm, “No, I think that’s great. You don’t have to be high to say crazy stuff at all. Nothing to do with it.”

All of a sudden, he wasn’t so shy for a second.

We’re just normal people with a lot of work on our plate, but like the many other activists out there, we are impassioned. We are filled with emotion about this topic, ready to burst. Whether you work at a 7/11, or you’re a news anchor with more eyes on you than the average person, don’t be so quick to feed into the stereotypes or shrug it off. We’re not saying you should quit your job, but if we all do something big or small to encourage change, we can make a difference and break through the negative stigma.

If you’re in a state where cannabis is legal, what do people say about you or the industry? What about your local news? What can you tell those of us, in states where it is still illegal, about what we have to look forward to? We would love to hear from you in the comments below. 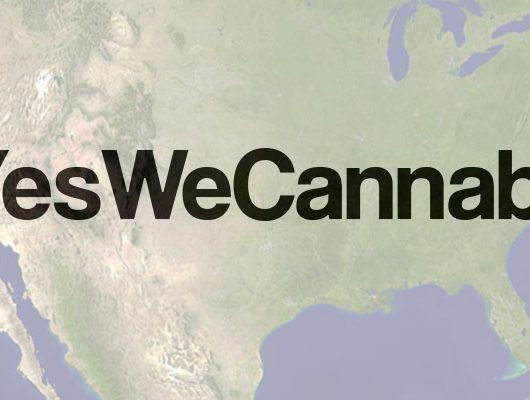