Meet the One and Only Business Making Cannahoney

After years of training and research, a Frenchman named Nicolas ‘Trainerbees’ is making cannahoney directly at the source for the first, and only time.

His self-imposed, yet fitting last name is not the only product of years of beekeeping and cannabis cultivation research. Trainerbees has done exactly as his name suggests, and has trained his hives of bees to extract the health beneficial ‘propolis’ used to make honey. Or has he likes to call it, CannaHoney.

Although Trainerbees began his journey of making cannahoney back in 2006, his research and progress have been stymied by opponents claiming using cannabis for propolis would have a negative effect on the bees. It took two years before Trainerbees could show conclusive research to disprove this claim. Now that he has, the honey-drunk Frenchman has the first and only natural cannahoney on the market.

Nicolas Trainerbees’ experience with cannabis is the only thing in his life that is larger than his experience training bees. As a young child, he was seen as ‘unfit’ for school, and soon left at the age of 7. By 10, he had discovered cannabis as an effective way of alleviating his typically hyperactive symptoms. Later in life, it was the suggestion of combining his professional beekeeping with his personal experience using cannabis medicinally from a colleague in 2006 that began his current journey.

Trainerbees knew “everything that passes through the body of a bee is improved”, and so began observing the bees’ behavior in an attempt to unilaterally use the bees’ pollinating qualities to eventually create beneficial cannahoney. In 2013 his observations paid off, and Trainerbees was able to show the bees used budding cannabis plants for propolis to make honey. This honey contains the same psychoactive and pain-relieving qualities of the cannabis plant itself.

After discovering the bees propensity for pot, Trainerbees used his years as a beekeeper to coax the bees into using the cannabis plant to make honey, full time. He is the only beekeeper to do so.

No project comes without its critics, and Trainerbees knew only solid research would quiet his haters.

Initially, many believed it would prove impossible to pollinate using cannabis, because cannabis flowers are not typically used to make honey by wild bees. Trainerbees’ testing and observations from 2006 — 2013 flatly disproved this theory.

After this, it was important for Trainerbees to identify which strains of the cannabis plant the bees preferred. Trainerbees’ discovered the bees had no preference to any particular strain of cannabis, though his most recent batch of cannahoney used Californian Orange. Trainbees’ says he has used many different strains throughout his research.

The final cannahoney hurdle came in late 2013. Skeptics proposed that using cannabis as a source of honey would in some way harm the bees. It took two additional years of concentrated research before Trainerbees proved the bees could not physically ‘feel’ any effects from the cannabis plant.

“Bees are not affected by cannabinoids because they do not have an endocannabinoid system,” Trainerbees said.

Humans do have an endocannabinoid system, which allows the binding of cannabinoids such as THC and CBD to receptors, which gives cannabis its psychoactive and pain-relieving effects.

Because of the extensive observational time, testing, and training needed to achieve cannahoney, Trainerbees is currently the only all-natural cannahoney provider on the market. Similar products diffuse together activated cannabis and honey after the creation of the honey, but only CannaHoney melds the two directly at the source.

It is distributed by Cali Stores in the US.

Shortbread with 3 Simple Ingredients (Including Cannabis!) 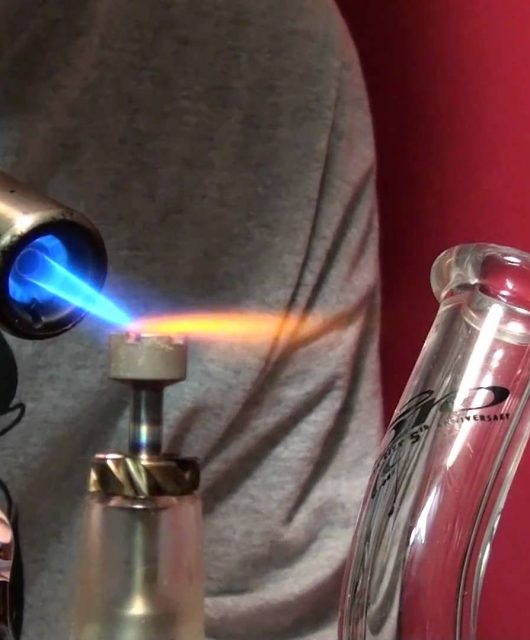 Haze Dual V3 Vaporizer: The First and Only Dual-Chamber Vaporizer