What would we do without celebrities? Our curious fixation on the most famous of us doesn’t end with the silver screen. We want to know how they live their lives; what they eat, what shows they watch, and how they spend their free time. Of course, really all we’re interested in knowing is which ones smoke weed, and how often.

Check out these stoner celebs—which one is your smoking spirit animal?

No one will argue against Bill Murray being a boss. He is a living legend and modern icon. When he’s not playing pickup kickball with hipsters in Brooklyn he is a friend of cannabis culture. His appearance in Caddyshack as Karl the pot-farming greens keeper, where he smoked the ‘Bob Marley’ joint, is actually akin to a real life drug bust that included Murray, Chicago O’Hare airport, 9lbs. of marijuana, and some law enforcement officers.

Diaz has revealed that she went to high school with Snoop Dogg – she stated while reminiscing, that she’s “pretty sure [she] bought weed from him”. This one shouldn’t be much of a surprise to anyone. Miley has no shame when it comes to her love for cannabis, even going as far to smoke on stage at the VMA’s and seshing with Snoop.

A marijuana man’s man, Harrelson has an extensive history as an aficionado and has participated in protests of cannabis prohibition. In the mid ‘90s, he was also arrested for ‘Johnny Appleseeding’ or planting hemp seeds in Kentucky. Not one to let anyone else’s dedication outpace his own, Harrelson has a strict diet of raw foods, a yoga regimen, and (you guessed it) hemp to spare. 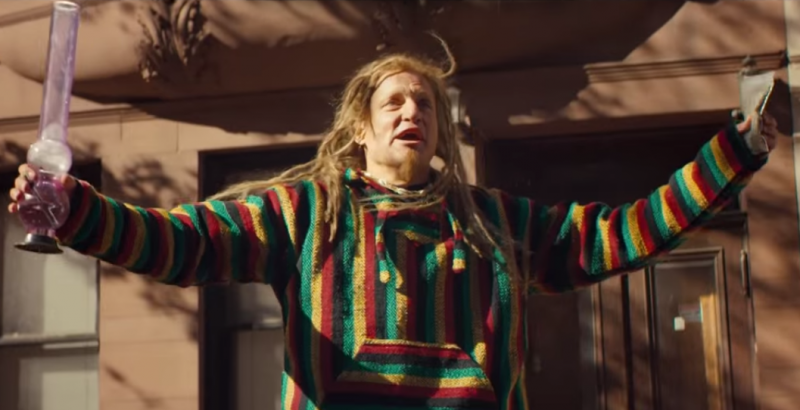 Matt McConaughey, longtime friend of Woody Harrelson, is also no stranger to drug-related run-ins with the police. In 1999 he was arrested on charges of possession (for both marijuana and paraphernalia) in Austin. The producer and co-star of Surfer Dude, McConaughey put his money where his mouth is along with Harrelson and weed legend Willie Nelson. This R&B goddess has become closely associated with cannabis, having been spotted rolling a blunt on her bodyguard’s head at Coachella, dressing up as a nug, and it doesn’t stop there.

Another Hollywood icon, Bridges’ stellar role as The Big Lebowski’s ‘Dude’ set a generation of stoners on the path of saying “Mind if I smoke a jay?” and “The rug really tied the room together”. When questioned about his smoking habits, Bridges replied that he smokes from time to time, and usually around Christmas “when the harvest comes in and somebody will say ‘Hey! Look what I’ve got!’”

The comedian and star of Super High Me Doug Benson needs absolutely no introduction. He has built an entire career on pot, from telling jokes to writing plays. In 2004 he teamed up with Arj Barker and Tony Camin to form the writing team behind The Marijuana-Louges, an off Broadway play. Can you guess what it was about?