How does the last smoke sesh you had compare with the first time you ever tried cannabis? In most instances, prolonged cannabis use results in a higher tolerance and decreased intensity of the effects we’re after. Outlined in this article are some ways to survive tolerance breaks or ultimately stop using cannabis, whether you’re after some cannabis alternatives or tips to improve your outlook and willpower.

Kratom or mitragyna speciosa is a plant native to Southeast Asia. It has been used as a stimulant, sedative, recreational drug, chronic pain reliever and to help with opiate withdrawals (heroine specifically). Although not many studies have been done on the plant, there have been some mild reported side effects such as sweating and nausea. If you are a long-time smoker, temporarily using kratom as a rather potent alternative may make tolerance breaks or quitting cannabis easier.

I decided to try kratom out for this article. You can make kratom tea by putting it in a tea bag or even a coffee maker. I found some Kratom at a smoke shop in capsule form (.5g/capsule). After taking one capsule the effects were subtle but definitely noticeable. Within about 15 minutes I became very engaged in an art project I had previously been trudging along with. My creativity was flowing and I was so focused that I finished the entire project in one sitting. A few hours later I needed some fresh air, but the “come down” was very subtle.

Although it is illegal in Thailand, Kratom can be purchased online or in select shops in the USA. It is on the DEA’s list of Drugs and Chemicals of Concern, and has been made illegal in some states such as Indiana.

READ  How to Pass a Drug Test for Cannabis

Damiana is a herb that can be vaporized or brewed into a tea. It’s used to treat depression, headaches, stomach aches caused by nervousness or anxiety, and it can induce vivid or lucid dreams. When the smoke or vapor is inhaled, it can also cause a mild high similar to cannabis.

L-Theanine is a natural chemical found in green tea and other plant and fungal species. It can be used to treat depression and anxiety. You can find L-Theanine capsules paired with other effect-enhancing ingredients like lemon balm at most drug stores.

4. Change up your Routine

If there are certain activities that you directly associate with smoking weed, try to temporarily replace them with other things. Try something new, treat yourself, or take up a new hobby.

Uneasiness, boredom, and restlessness are some problems that a regular cannabis user could face after quitting cold turkey. Meditation is a powerful tool for changing your mindset, improving focus, and conquering anxiety and boredom. Some people enjoy meditating while using cannabis, but I find that it’s much easier to control my focus while I’m sober, and I’m not just saying that.

A study done by Harvard researchers found that subjects participating in an 8 week long course on Meditation & Mindfulness had developed physical changes in their brain, shown by MRI scans. The scans showed an increase in grey matter in the hippocampus, the area of the brain associated with compassion and self awareness. The scans also revealed a decrease in the size of the amygdala, a part of the brain associated with stress and anxiety.

READ  Effects of Marijuana on a Young Brain

Meditation is simple and only takes about 10-20 minutes per day. To start, get comfortable, set a timer for 10 minutes and focus on your breathing. Your mind will wander, but don’t get frustrated. Just let it be and return your focus to your breath. At first, keeping your thoughts and frustrations at bay can feel like trying to sweep hundreds of cockroaches off of the floor while they keep crawling back, but after some practice, when the timer goes off, you’ll feel like you finally found something small enough to fit into your mind’s reset button hole, metaphorically speaking of course. 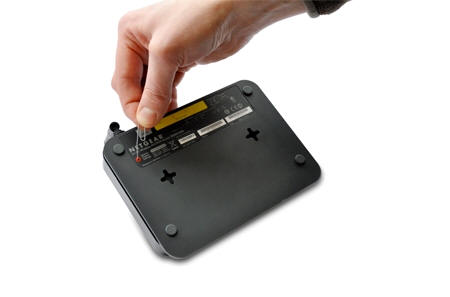